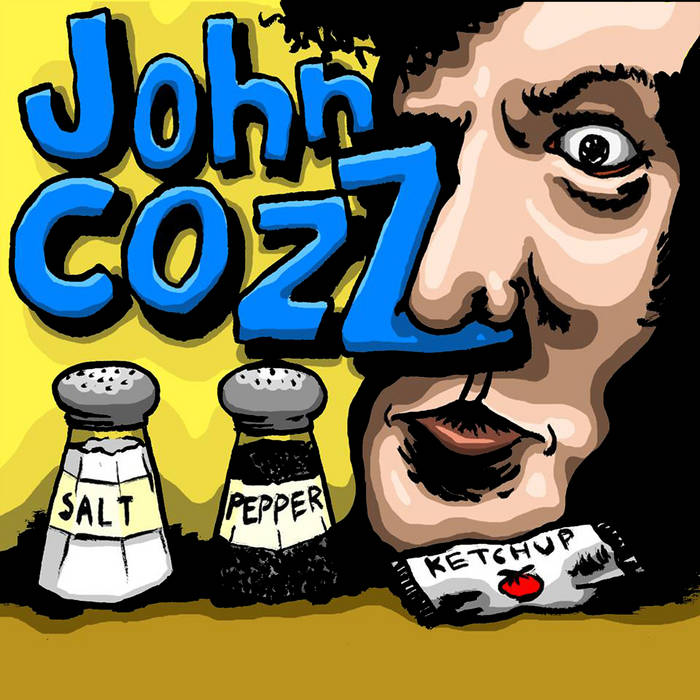 Hey yall I'm really excited for you to have this album, i hope you enjoy either the songs or comic (hopefully both) This album has brought forth a lot of personal growth for me. I realized that doing it yourself doesn't mean that one person is doing everything. That being said it should be right to give credit where credit is due. John Cozz wrote, played, and recorded all tracks with the exception of Camellia and Sleep. Sam Fickinger Recorded/Mixed/Played Slide and Drums on Camellia. Max Rauch recorded Sleep, he also mixed and mastered everything else on the album, I am really thankful I met you, thanks for helping me. Finally, my dearest friend Nick Nucci played bass on These days, my pops laid down the drums. A special thanks to Jon Prokopwitz, the most talented person I know for taken a story i've wanted to see come to life for so many years. The legend of Taylor ham is something i've always wanted to see come to life for a really long, and he did an amazing job. Finally thank you so much for obtaining this album it means the world to me, if you've read this far I owe you a taylor ham egg and cheese on an everything bagel with salt pepper ketchup

Bandcamp Daily  your guide to the world of Bandcamp